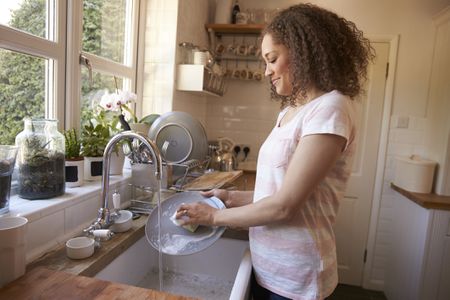 I was talking to a woman who described her favorite ministry at her church as ironing tablecloths. She felt it was holy work and very peaceful. She said she felt closest to God in that simple act. I hate ironing, in fact, I never buy clothes that need ironing for that very reason, so I was intrigued by her story.

What she said reminded me of what I read about Brother Lawrence, a French mystic who lived from 1611-1691. He didn’t set out to be a great spiritual teacher. He didn’t even enter a religious order until he was middle-aged. His jobs were menial, like washing the dishes. He didn’t like his jobs but he used that time to talk to God in prayer. Years later an Abbot made four visits to Brother Lawrence and was struck by his deep and simple love for God and others. After Brother Lawrence died, the Abbot wrote a book in Brother Lawrence’s name using the four interviews and letters that Brother Lawrence had written. The book is called, The Practice of the Presence of God.

I love the idea that God is everywhere and that all things are sacred, even something as mundane as washing the dishes. So, the next time you’re stuck with a chore you don’t like, such as vacuuming or raking leaves or dusting, try seeing it as an opportunity to connect with the Divine. You might pray for those eating food off the plates you are washing or for people who can’t afford the car you are vacuuming.

All things, done with intention toward God, are holy. 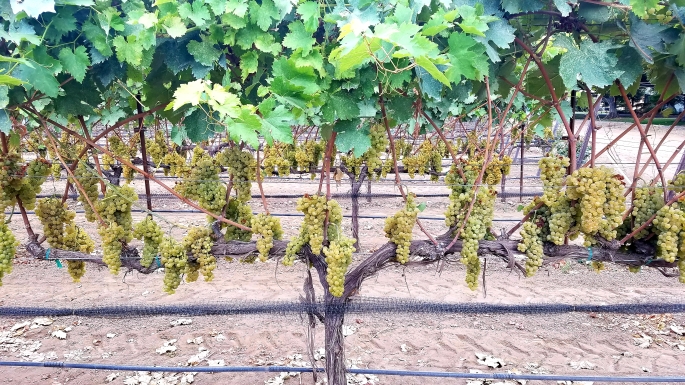 I recently visited a monastery in Northern California called, The Abbey of Our Lady of New Clairvaux, where I’ve brought four people on a retreat. The Dominican monks here make amazing wine from their vineyards and grow walnuts and plumbs to sell. They say that they spend their time in prayer, physical labor, and hospitality and these three practices form a three-legged stool, each being equal in importance. When it comes to spirituality we often put prayer at the pinnacle and I love the idea that work, prayer, and hospitality are equal spiritual endeavors. All are sacred occupations. All can bring us closer to God.

In what ways has God met you in ordinary life?

Photo credit, Woman, Vines (mine from the above-mentioned monastery).

It’s easy to be overcome by all the evil in the world. From political decisions that separate children from their parents to the rampant abuse coming to light in the Catholic church, to the thousands upon thousands of heart-wrenching “Me Too” stories. It feels like too much to deal with, and sometimes I just want to shut down or give up.

A few days ago, after reading about the Catholic abuse cases and how the leaders of the church tried to deal with it by moving the perpetrators to other parishes, I had a dream. In this dream, I was trying to single-handedly deal with two people who had become possessed by a great evil, a familiar evil. It was like trying to contain chaos. I knew my efforts wouldn’t work even though I was trying to put the two people in a house and nail the door shut. I knew it was futile.

It’s hard to see where God is in times like these. But, I love the quote believed to have originated with Theodore Parker  but used by MLK and so many others:

“The arc of the moral universe is long, but it bends toward justice.”

It doesn’t seem to be true in the here and now, but overall things are better than in the past. Not to say that there are not still HUGE problems, obviously, there are, but compared to say, the dark ages, things are better. How do things get better? Well, as my dream told me, we can’t do this alone.

First, we need to stop trying to hide evil. Bring it to light. Let the victims come forward, let the “me too” folks share their stories, let us all say that ‘Black Lives Matter,” let the media report on things that are wrong so we can all see them, let our LGBTQ family come out of the closet. Because once those things come to light, then we can begin to admit that we have some work to do, grieve and heal together. 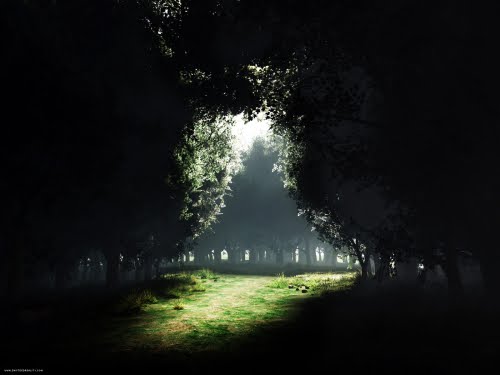 Third, it was clear to me in my dream that this evil is “bigger than us.” I believe we also need God. We need the divine good, the benevolent forces of the universe, the Holy Spirit of Jesus. However you need to say it, we need help!

Am I alone out here, shouting into the wind? What do you think?

Nobody likes to sit in a waiting room. We might not mind for a few minutes while we catch up on favorite magazines, but after that, we get antsy and impatient and start to think uncharitable thoughts about whomever we’re waiting for.

Have you ever been in a spiritual waiting room, the time between one thing and the next when you have no recourse but to wait on God? It can be disconcerting—but it can also grow your faith and character in a way few things can.

The experience of being “between two things” has been referred to as “liminal space” by spiritual formation writers. In an article titled “Grieving as Sacred Space,” Richard Rohr defines liminal space as “a unique spiritual position where human beings hate to be but where the biblical God is always leading them.” He adds:

It is when you have left the “tried and true” but have not yet been able to replace it with anything else. It is when you are finally out of the way. It is when you are in between your old comfort zone and any possible new answer… If you are not trained in how to hold anxiety, how to live with ambiguity, how to entrust and wait—you will run… Anything to flee from this terrible “cloud of unknowing.”

Liminal space can be caused by many things: a long-term illness, the death of someone you love, the inability to get a job, the need to decide on a major, a bad relationship that you feel stuck in, or a sense that there is no place for you to bear fruit in the world.

As Rohr suggests, our tendency is to run when we’re in liminal spaces, but I’m encouraging you to stay. Someone once told me that often the best prayer we can manage is to stay in an uncomfortable situation. That’s the best waiting we can do too.

So, whatever the reason you’re waiting, don’t try to rush out of it. Instead, ask God to show you what you can learn while you’re there.

You might also consider employing these six tips to help you through this time.

Remember, God does some of God’s best work in deserts, cocoons, waiting rooms, and tombs. Don’t fear this liminal space. Embrace the space!

What has helped you get through times of waiting?

The second is artwork called “melancholy: by Albert Gyorgy and can be found in Geneva, Switzerland.

*I originally wrote this article for IVCF and have changed it a bit to fit the language I’m more comfortable with.