Those of you who are poets, or love to read poetry, already know that poetry is good for your soul. This post is for those who have not considered this connection. I am one of those people who never really “got” poetry. Most of it I find incomprehensible. But, when I have been guided through it by someone else, it touches my heart. But now I have discovered Mary Oliver. A friend gave me this HUGE book called Devotions that is a collection of Mary Oliver poems. I thought, “great, a book I’ll never read.”

I tried it. Let me tell you, Mary Oliver writes poetry even I can understand. She writes about the natural world. She listens, observes and writes about nature. Her poetry fills my soul.

I believe poetry (or any creative art form) connects us to the creative energy of the universe and lets us join God in continuing to make the world a more beautiful place.

It involves listening, really seeing, and hearing. Once we stop and do that, we can not miss being filled with joy and hope and beauty. In a time in our world which can seem so desperate, this hope and beauty is a needed comfort.

So here is my attempt (with pictures) of a Mary Oliver-Esq poem. I hope you will try some poetry-writing yourself. Or at least some reading!

I leave the desert to fill my weary soul with beauty

I marvel at the colors, a vast array 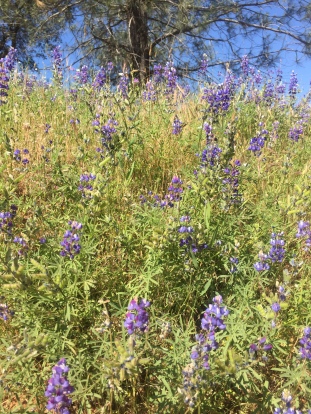 The shades of green alone could fill a book.

Flowers, take my breath away,

and clouds are sonnet worthy

The rushing water is a breath of heaven.

Do those who live here

Forget to notice this beauty? 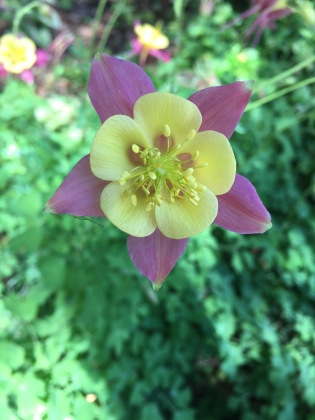 Are they too busy trimming, mowing and clipping,

To stop and gaze in awe?

Not this desert dweller. Never. 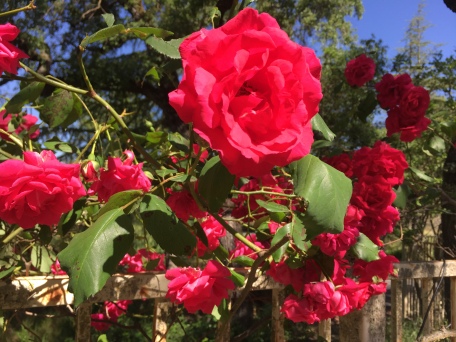 How could I cease to be amazed by wonders like these?

Alright friends, let’s hear your attempts! And, before I get any hate mail, I do love the desert and see beauty in it, but mostly in its people.

The rest of the pictures are mine, taken in Auburn California.

Most mornings I walk in the high desert. I’ve noticed that after one of our rare, intense rains, the landscape of the trail changes dramatically.  Large rocks, previously hidden, are uncovered. Smaller rocks washed down slopes, make the trail tricky to navigate. In some places, fine sand washes down to cover the trail in a delightfully soft carpet.

Our interior landscape also changes when the storms of life descend on us. The loss of a loved one, a job loss, or the onset of a chronic illness will forever alter the landscape of our lives. These major changes have the ability to make us bitter and angry people or soft and loving people. The difference is whether we are willing to assent to the changes that are happening to us. We don’t have to like them, welcome them or look forward to them. Change can be really hard! But, it is also inevitable. Therefore, we can choose how to respond to it. Can we see change as God’s grace to help form us into more loving people? Can we look for the good or the gift in the change?

Large boulders, exposed by the rain, are like those parts of us previously unexamined. which in times of stress now rise to the surface. Our fears, insecurities, and stubborn bitter roots are exposed for all to see. Do we try to cover them up, or can we be honest with ourselves and others so that healing can begin?

The rocks that cover the path are like the myriad decisions we have to make after a huge storm. These take careful navigation at a time when emotional resources are low. Do we hide from the enormity of these decisions or ask for help from our trusted soul friends?

The soft sands which have washed across the path are like the unexpected graces that surprise us: the support of friends, the sudden brilliance of a sunset, or a double rainbow. These glimpses of beauty are reminders that we are not forgotten in our pain. We do not walk alone.

There are also beautiful landscape changes in the desert after a storm; new life springs up almost at once. Desert flowers bloom afresh and small creatures, their numbers previously diminished by drought, are born in abundance.

This same hope for growth and life are ours in times of landscape renovation. They are a reminder of the God who is known for recycling ashes into beauty, turning mourning into joy, and exchanging the spirit of heaviness for garments of praise. All that God asks is our assent to the transformation.

These are the markers of hope to look for as we walk the now altered trail. What new insights will we receive? What new skills will we learn? What adventure is ahead…just around the bend?

Change is not easy, and I have faced more than my share, so if you need someone to walk with you, let me know in the comments below. 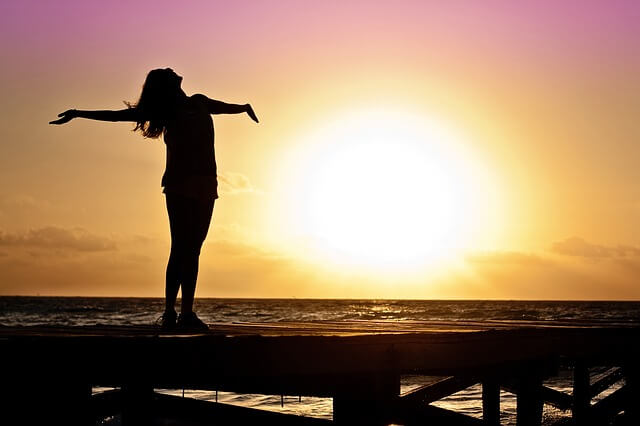 How is breaking off a relationship a spiritual practice? Read on!

Shouldn’t we all try to live at peace with one another? The answer is yes, of course, we should. Yet, there are people and even institutions who don’t have your best interests at heart. They can actually become crippling to your soul, and when they are revealed as toxic, sometimes the best thing you can do is cut them out of your life.

I have a friend who was once a part of a very controlling church. When she thinks about it now, she shakes her head in wonder and says, “I was drinking the Kool-Aid!”

For you younglings, this is a reference to the Jim Jones cult, where, in Jonestown, Guyana, 909 followers were killed by murder/suicide when they “voluntarily” drank cyanide-laced Kool-Aid. My friend’s church wasn’t as cultish as the Jonestown group, but it had some very controlling features like needing approval from leadership to date someone, etc. It was definitely heading down the Jonestown road.

I was thinking about how churches can become controlling and toxic when differences of opinion aren’t tolerated and everyone is forced to believe a certain way. I’ve had many friends hurt by being part of the “inside group” of a church, then when they don’t tow the party line, they suddenly find themselves on “the outside.” The hardest part is their “friends” don’t want to hang out with them anymore. It is devastating.

But churches aren’t the only ones who have this cult-like, controlling, or toxic behavior. I’ve seen it in businesses, marriages, and even friendships. Often, you don’t know you’re drinking the Kool-Aid until you leave that place/relationship and get some distance from it.

One example of a corporation with Borg-like tendencies (you know, “resistance is futile” …Star Trek…) is the behavior of a local, unnamed hospital. Hospitals send recruiters to nursing schools for an employment fair before the students graduate. But this particular hospital sent recruiters a month before the others came, then told the applicants, “If you agree to take a job with us before you graduate, then change your mind, you will be blacklisted from ever working for us.” This kind of proprietary behavior is downright evil. It doesn’t give the nurses a chance to compare offers from other hospitals. When a corporation uses threats to control behavior, it is a “cult-like” practice. Making a choice to work there is choosing into a toxic work environment. Trust me, it won’t be good for your soul.

This toxicity is easiest to see in marriages or romantic relationships. Usually, the controlling behavior involves money and/or jealousy. If your partner is keeping a tight rein on the finances, questioning you every time you go somewhere, or using anger to control you, you are probably drinking the Kool-Aid.

I made the mistake of mentioning to my middle-aged hairdresser that I’m a licensed therapist. I don’t usually mention this fact, for a good reason, because she then felt free to tell me too much information about her and her boyfriend. “He gets mad and jealous whenever I go anywhere,” she said. “And he wants sex all the time; isn’t once a day enough?” I wanted to scream, “Run! Run away from him as fast as you can!” But, she was still wielding scissors near my head.

I’ve also seen this same dynamic in friendships, usually in women. If your friend gets jealous and you feel like you have to lie to him/her about spending time with other friends, you’re drinking the Kool-Aid. 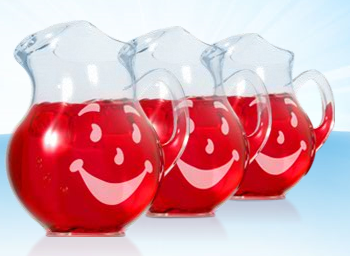 So, how do you know if you’re in a toxic relationship at home, work, church, or with friends?

If this blog is making you uncomfortable, sit with it for a while.

Ask yourself “Where do I feel this discomfort in my body: stomach, back, head…?

Ask your body, “What are you trying to tell me?”

You may need to seek the help of a trusted counselor, spiritual director or wise friend for help in disentangling yourself from a toxic situation, but your soul will expand and rejoice if you do!

So, is breaking off a relationship a spiritual practice? You bet it is when your soul is suddenly free to breathe and grow after being bound and suffocated by a situation or another person.

I’d love to hear what you think about this idea and/or any times you’ve left a toxic situation and what it was like for you.